Olavi Virta (1915-1972), known as the King of Finnish Tango, recorded almost 600 songs between 1939 and 1966, and many of them are still classics in Finnish popular music. He received three gold records early in his career, for the songs Ennen kuolemaa, Tulisuudelma (El Choclo / Fire kiss) and La Cumparsita.

Examples of some of his most highly acclaimed tangos are Täysikuu (Full moon), Punatukkaiselle tytölleni (For my red haired girl) and the abovementioned Ennen kuolemaa (Before death). In addition to tango, he recorded within several other genres, with songs such as Hopeinen kuu (Guarda che luna / Look at the moon), Poika varjoisalta kujalta (Guaglione / Boy from a dark alley) and Kultainen nuoruus (Golden youthhood). 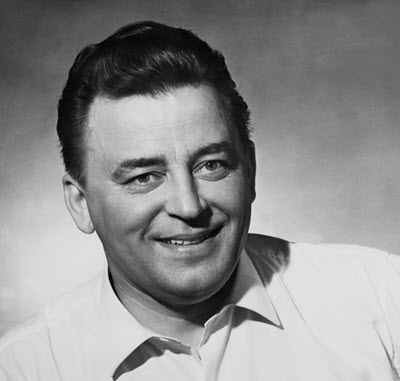 In the early 1950s, Virta performed as a part of the quartet Kipparikvartetti, where he was the second tenor.

In the 1940s and 1950s, Virta appeared in many movies and theatrical productions in Finland.

In 1962, he was arrested for driving under the influence of alcohol. This caused a great scandal in Finland, his career declined, and he spent more and more time drinking. Virta lived his final years in poverty, before dying in 1972, only 57 years old.

Olavi Virta was one of several stage names used by the man who was legally named Oskari Olavi Ilmén.

Here are some examples of stage names that he came to use throughout his musical career:

Olavi Virta’s rendition of the finnish translation of Guarda che luna, performed in 1960.

Olavi Virta is a stage name; the person behind the name was Oskari Olavi Ilmén, born in the small municipality Sysmä in southern Finland on 27 February 1915.

He was born into a family where music was important; his mother played the mandolin and his father the violin. From the age of 8, Olavi learned how to play the piano, but he would eventually come to prefer the violin after being giften one by his father.

Eventually, Olavi was accepted into a school associated with the famous Finnish orchestra Dallapé, and he started to perform together with his fellow school mates. Around this time, he also got his first singing lessons, from church musician Mauno Tamminen and the music teacher Olavi Nyberg.

While doing his mandatory stint in the Finnish National Army in the mid-1930s, Olavi sang in the all-male choir Karjalan Laulu and received singing lessons from Nikolai “Ukko” Schamakoff.

In 1937, after having fulfilled his time in the Finnish Army, Virta was hired as professional singer and guitarist by the Rainbow Orchestra.

Examples of recordings made as early as 1938 are Syysserenadi (Autumn serenade) and Kun öinen kuu kulkee (When the moon passes through the night).

Together with members of the Dallapé Orchestra, Virta recorded various types of music in the late 1930s, including foxtrot and jenkka. (Jenkka is a Finnish partner dance.)

During the World War II

During the war, Virta was initially stationed by the front, where he would entertain the soldiers with his music. Later, he worked as a radio show host for the national (government run) Finnish radio.

After the war, Virta attended Finska Filmindustriskolan (Finnish Film Industry School), founded two musical shops, and participated in revues (a type of multi-act popular theatrical entertainment that combines music, dance, and sketches). He also received singing lessons from the opera singer Thorild Brödermann. All these activities kept him busy and he didn’t record much. He also married his sweetheart Irene in 1946 and had three children with her: Pauli, Harriet and Sheila.

In 1946 and 1947, he recorded two songs that have become evergreens in Finland:

The 1950s was a glorious period for Virta’s career as a musician. He recorded a lot, had numerous hits in Finland and was played extensively on Finnish radio. In 1953-1954, he visited the recording studio almost every day to work on recordings.

Examples of famous recordings from the 1950s:

Armi was composed by Erik Lindström to honour the Finnish beauty queen Armi Kuusela, winner of the inaugural Miss Universe contest in 1952.

The late 1950s was plagued by problems for Virta.

Virta rose from the mayhem of the late 1950s and eventually got a new record deal, this time with the Scandia Group. Among other things, he recorded the classic Hopeinen kuu in 1960.

Soon, tragedy struck again however, when Virta was diagnosed with type 2 diabetes and liver cirrhosis in 1962. Around the same time, he was sentenced to two months in prison for driving under the influence of alcohol.

After being release from prison in 1963, Virta recorded the tango songs Kun ilta ehtii (When the evening is reached) and Abbabella.

Soon after his final recording in 1966, Virta suffered a stroke. He survived, but forgot all the lyrics he used to know. After spending over a year hospitalised, he moved to the Pispala neighbourhood in Tampere where he was cared for by Hulda Simula.

In 1992-1993, his recordings were compiled on 29 records sold under the title Kootut levyt osa (Olavi Virta) 1-29. This series contains almost all songs recorded by Virta. Notable exceptions are Virran rannalla and Tuntematon tango.