Finnish tango, also known as FINtango, developed in Finland out of the Argentine tango. It’s rhythm follows the Ballroom tango.

For decades of the 20th century, Finnish tango was one of the most popular music genres in Finland, with tangos constantly being present up high on the music charts. 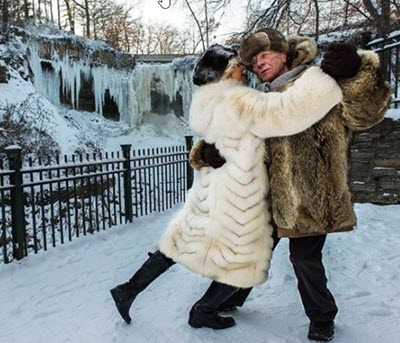 Finnish tango is almost always performed in minor key and melancholy is the dominating feeling. Reoccurring themes are not just love and sorrow, but also nature and the countryside. The changing of the seasons are frequently used as metaphors. Many Finnish tango lyrics express a longing for the old homestead in the countryside or a distant past where one was happy.

Instead of the bandoneon, Finnish tango orchestras often use the accordion instead. The addition of light drums is also characteristic for Finnish tango.

Travelling musicians brought the Argentine tango to Finland in the 1910s. One early performance took place at the Apollo theatre in the capital in 1913, where Evelyn Nygren danced with Bror Berger.

In 1914 the Finn musician Emil Kauppi wrote a tango for the movie Salinen perintömääräys. This very early Finnish tango uses what was to become the typical rhythm for Finnish tango.

In the 1920s, tango was still a very novel dance in Finland, danced chiefly by bohemians in the capital – not by mainstream Finnish people throughout the country. By the 1940s, this had changed and the tango was rapidly turning into a dance enjoyed by large numbers of Finns. Radio and record players were helping it along, with roughly half of the tunes on popular music charts being tangos at this point.

The 1950s and 1960s was when Finnish tango reached its popularity peak in Finland. The 1960s was also a decade when many Finns migrated to nearby Sweden to find jobs, and this brought the Finnish tango to Sweden.

The weight shift happens near the end of the beat, and you must accelerate your pushing foot and then pause it next to the grounded foot before moving it forward again to make a long step that is elongated further by a push from the other leg at the end.

Some characteristics of Finnish tango

The annual Tangomarkkinat in Seinäjoki

Every summer since 1985, Tangomarkkinat – a large festival for Finnish tango – takes place in the town Seinäjoki. The number of attendants is usually around 100,000 which is pretty impressive when you take into account that Finland has a total population of roughly 5,5 million people.